It's Showtime at Your Library: 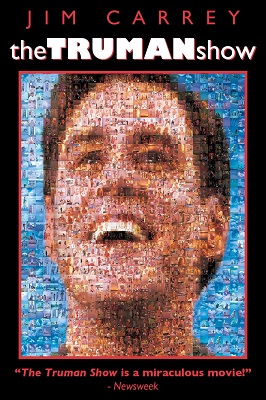 Join us on Wednesday, July 17 for a film screening of The Truman Show (PG). Nominated for three Academy Awards including Best Director for Peter Weir, this critically acclaimed film tells the story of Truman Burbank as he discovers all is not as it seems to be. The program will be from 2:00-4:00 p.m. in The Learning Center (TLC).

Truman Burbank (Jim Carrey) is an insurance salesman leading an idyllic, peaceful life on Seahaven Island. What Truman is unaware of is that he also happens to be the star of the most popular live show in television history. The world he lives is in fact a big studio with hidden cameras embedded everywhere. All his friends and people around him are actually actors playing roles in The Truman Show. What could happen if Truman discovers the truth?