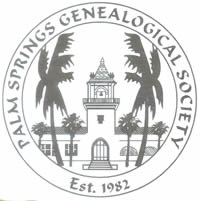 Presented by the Palm Springs Genealogical Society with guest speaker Gena Philibert-Ortega followed by round-table sharing. This FREE program will be from 10:00 a.m.-1:30 p.m. in The Learning Center.

Gena Philibert-Ortega is an author, researcher, and instructor whose focus is genealogy, social and women's history. She holds a Master’s degree in Interdisciplinary Studies (Psychology and Women's Studies) and a Master’s degree in Religion. Her published works include two books, numerous articles published in magazines and online, two volumes of Tracing Female Ancestors , Tracing Your Ancestors: Hispanic Research (Moorshead Publishing) and a QuickGuide from Legacy Family Tree. She is the editor of the Utah Genealogical Association’s magazine, Crossroads. Her writings can be found on her blogs, Gena’s Genealogy and Food.Family.Ephemera as well as the GenealogyBank blog. She is a course instructor for The National Institute for Genealogical Studies. She has presented to diverse groups worldwide including the National Genealogical Society Conference, the Alberta Genealogical Society Conference, the Geo-Literary Society, Daughters of the American Revolution, and the Legacy Family Tree Webinar series.  Her research projects include Sowerby’s British Mineralogy: Its Influence on Martha Proby and Others in the Scientific Community during the 19th Century for the Gemological Institute of America, as well as genealogical research for the first season of PBS’s Genealogy Roadshow and the Travel Channel’s Follow Your Past. Her current research includes women's repatriation and citizenship in the 20th century, foodways and community in fundraising cookbooks, and women's material culture.