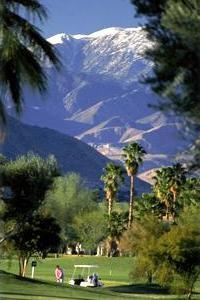 Whether it’s a round of golf in the winter or a massage at a first-class spa resort, Palm Springs is the place to enjoy life. Often described as a small city with the cultural amenities of an urban area, the shopping, entertainment, dining and recreational opportunities are first-class.

Palm Springs lies on the western edge of the Coachella Valley in central Riverside County approximately 107 miles east of Los Angeles. It is within the ecological area known as the Colorado Desert and is 487 feet above sea level. Rising behind the downtown is the impressive Mt. San Jacinto, elevation 10,831 feet. Palm Springs covers a geographical area of 96 square miles with well-established neighborhoods. Recently there has been a fascination with mid-century modern architecture - something Palm Springs is proud to have as part of its mix of eclectic design styles.

Because it is only a two-hour drive from Los Angeles, Orange and San Diego counties, there are a large number of second homes in Palm Springs. The permanent population is 43,800 as of 2001, with another 27,000 to 30,000 people living in the City in the winter, bringing the total population to almost 75,000 residents during the winter season.

Approximately 1 million tourists stay in hotels in Palm Springs annually while another 600,000 visitors stay in non-hotel accommodations. They are no doubt attracted by the weather, which includes some 350 days of sunshine.

For those fortunate enough to call Palm Springs home, the City boasts many parks and recreational facilities including a municipal golf course, tennis courts, a public Olympic-size pool, dog park and a baseball stadium.

If you enjoy being active, there are hiking trails, bicycle routes, a water park and horseback riding. Don’t forget to check out the City’s library and museums. 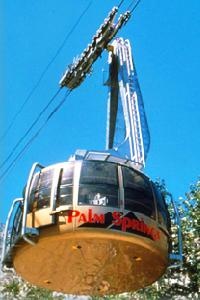 From the desert floor you can travel 8,500 feet up Mt. San Jacinto aboard the Palm Springs Aerial Tramway as it makes the very scenic trip to its mountain station in about 15 minutes.

In downtown Palm Springs, the palm trees grow tall and straight along the City’s main drag - Palm Canyon Drive. That’s where the City’s many parades and festivals are staged. Cruise the one-way strip lined with antique shops, art galleries, boutiques, restaurants and night clubs and you’ll soon spot something that will catch your eye. Better yet, enjoy the downtown on foot and see the names of many Hollywood legends that grace the Walk of Stars. Once the trendy playground of Hollywood stars, Palm Springs maintains its chic charm.