Read on the Edge with the Morning Coffee Book Club where Scott Biegen, a PSPL Librarian (and English Teacher in a previous life), leads a book club meeting at the Welwood Murray Memorial Library. Read each month's book and have fun discussing it over coffee and muffins generously provided by Aspen Mills Bakery. Thank you, Aspen Mills! 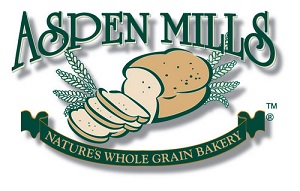 The group meets the 3rd Wednesday of the month (September-May) from 10:00 a.m.-11:30 a.m. in the Cornelia White Community Room at the Welwood Murray Memorial Library. The February 19, 2020 meeting will be held in The Learning Center at PSPL.

The Welwood Murray Memorial Library is located at the corner of S. Palm Canyon Dr. and E. Tahquitz Canyon Way at 100 S. Palm Canyon Dr. Palm Springs, CA 92262. Free parking is available in the Downtown Parking Structure and on a free parking lot on S. Belardo Road (behind Ruby's—time restrictions may apply). For more information call the Palm Springs Public Library at 760-322-READ (7323).

October 16, 2019: My Sister, The Serial Killer by Oyinkan Braithwaite

November 20, 2019: The Bridge of San Luis Rey by Thornton Wilder

May 20, 2020: How to Live Safely in a Science Fictional Universe by Charles Yu

Most titles are available as Downloadable Audiobooks and/or eBooks from PSPL.

There There by Tommy Orange 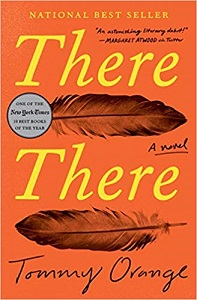 —Shortlisted for The Pulitzer Prize

Tommy Orange’s shattering novel follows twelve characters from Native communities: all traveling to the Big Oakland Powwow, all connected to each other in ways they may not yet realize. There is Jacquie Red Feather, newly sober and working to make it back to the family she left behind. Dene Oxendene, who is pulling his life back together after his uncle’s death, has come to work at the powwow to honor his memory. Fourteen-year-old Orvil has come to perform traditional dance for the very first time. Together, this chorus of voices tells of the plight of the urban Native American—grappling with a complex and painful history, with an inheritance of beauty and spirituality, with communion and sacrifice and heroism. Hailed as an instant classic, There There is at once poignant and laugh-out-loud funny, utterly contemporary and always unforgettable.

My Sister, The Serial Killer by Oyinkan Braithwaite 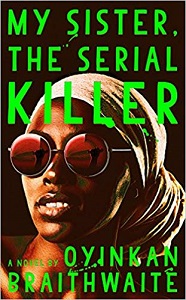 —Winner of the LA Times Book Award for Mystery/Thriller

Korede is bitter. How could she not be? Her sister, Ayoola, is many things: the favorite child, the beautiful one, possibly sociopathic. And now Ayoola's third boyfriend in a row is dead.

Korede's practicality is the sisters' saving grace. She knows the best solutions for cleaning blood, the trunk of her car is big enough for a body, and she keeps Ayoola from posting pictures of her dinner to Instagram when she should be mourning her "missing" boyfriend. Not that she gets any credit.

Korede has long been in love with a kind, handsome doctor at the hospital where she works. She dreams of the day when he will realize that she's exactly what he needs. But when he asks Korede for Ayoola's phone number, she must reckon with what her sister has become and how far she's willing to go to protect her.

Sharp as nails and full of deadpan wit, Oyinkan Braithwaite's deliciously deadly debut is as fun as it is frightening.

The Bridge of San Luis Rey by Thornton Wilder 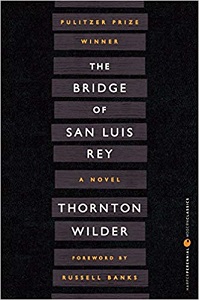 —Winner of the Pulitzer Prize

This beautiful new edition of Thornton Wilder's classic novel features previously unpublished notes and other illuminating documentary material as well as an updated afterword by his nephew, Tappan Wilder, and a foreword by Russell Banks.

"On Friday noon, July the twentieth, 1714, the finest bridge in all Peru broke and precipitated five travelers into the gulf below." With this celebrated sentence, one of the towering achievements in American fiction, and a novel read throughout the world, begins.

By fate or chance, a monk has witnessed the collapse. Brother Juniper, moved by the tragedy, embarks on a quest to prove a higher order is at work in the deaths of those who perished. His search leads readers on a timeless investigation into the nature of love and the meaning of the human condition. 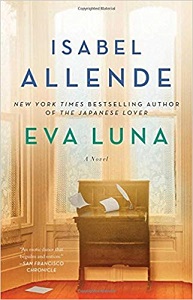 —Meet New York Times bestselling author Isabel Allende’s most enchanting creation, Eva Luna: a lover, a writer, a revolutionary, and above all a storyteller.

Eva Luna is the daughter of a professor’s assistant and a snake-bitten gardener—born poor, orphaned at an early age, and working as a servant. Eva is a naturally gifted and imaginative storyteller who meets people from all stations and walks of life. Though she has no wealth, she trades her stories like currency with people who are kind to her. In this novel, she shares the story of her own life and introduces readers to a diverse and eccentric cast of characters including the Lebanese émigré who befriends her and takes her in; her unfortunate godmother, whose brain is addled by rum and who believes in all the Catholic saints and a few of her own invention; a street urchin who grows into a petty criminal and, later, a leader in the guerrilla struggle; a celebrated transgender entertainer who instructs her in the ways of the adult world; and a young refugee whose flight from postwar Europe will prove crucial to Eva's fate.

As Eva tells her story, Isabel Allende conjures up a whole complex South American nation—the rich, the poor, the simple, and the sophisticated—in a novel replete with character and incident, with drama and comedy and history, with battles and passions, rebellions and reunions, a novel that celebrates the power of imagination to create a better world.

House Made of Dawn by N. Scott Momaday 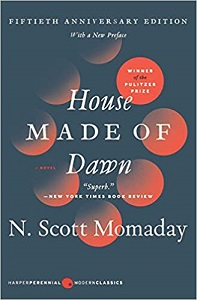 A young Native American, Abel has come home from a foreign war to find himself caught between two worlds. The first is the world of his father's, wedding him to the rhythm of the seasons, the harsh beauty of the land, and the ancient rites and traditions of his people. But the other world—modern, industrial America—pulls at Abel, demanding his loyalty, claiming his soul, goading him into a destructive, compulsive cycle of dissipation and disgust. And the young man, torn in two, descends into hell.

February 19, 2020
(LOCATION CHANGE TO THE LEARNING CENTER AT PSPL)

―Winner of the 2019 National Book Award 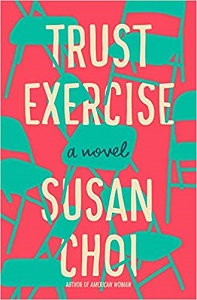 In an American suburb in the early 1980s, students at a highly competitive performing arts high school struggle and thrive in a rarified bubble, ambitiously pursuing music, movement, Shakespeare, and, particularly, their acting classes. When within this striving “Brotherhood of the Arts,” two freshmen, David and Sarah, fall headlong into love, their passion does not go unnoticed―or untoyed with―by anyone, especially not by their charismatic acting teacher, Mr. Kingsley.

The outside world of family life and economic status, of academic pressure and of their future adult lives, fails to penetrate this school’s walls―until it does, in a shocking spiral of events that catapults the action forward in time and flips the premise upside-down. What the reader believes to have happened to David and Sarah and their friends is not entirely true―though it’s not false, either. It takes until the book’s stunning coda for the final piece of the puzzle to fall into place―revealing truths that will resonate long after the final sentence.

As captivating and tender as it is surprising, Susan Choi's Trust Exercise will incite heated conversations about fiction and truth, and about friendships and loyalties, and will leave readers with wiser understandings of the true capacities of adolescents and of the powers and responsibilities of adults.

A Room of One's Own by Virginia Woolf 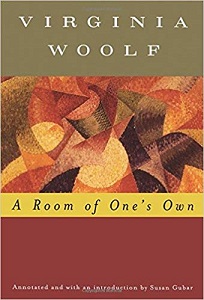 In A Room of One's Own, Virginia Woolf imagines that Shakespeare had a sister: a sister equal to Shakespeare in talent, equal in genius, but whose legacy is radically different.This imaginary woman never writes a word and dies by her own hand, her genius unexpressed. But if only she had found the means to create, urges Woolf, she would have reached the same heights as her immortal sibling. In this classic essay, Virginia Woolf takes on the establishment, using her gift of language to dissect the world around her and give a voice to those who have none. Her message is simple: a woman must have a fixed income and a room of her own in order to have the freedom to create.

The Testaments by Margaret Atwood 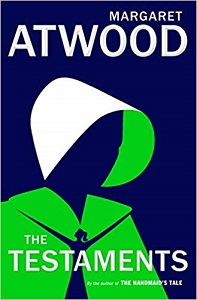 —In this brilliant sequel to The Handmaid's Tale, acclaimed author Margaret Atwood answers the questions that have tantalized readers for decades.

—Winner of the 2019 Booker Prize for Fiction

When the van door slammed on Offred's future at the end of The Handmaid's Tale, readers had no way of telling what lay ahead for her—freedom, prison or death.

With The Testaments, the wait is over.

Margaret Atwood's sequel picks up the story fifteen years after Offred stepped into the unknown, with the explosive testaments of three female narrators from Gilead.

"Dear Readers: Everything you've ever asked me about Gilead and its inner workings is the inspiration for this book. Well, almost everything! The other inspiration is the world we've been living in." —Margaret Atwood 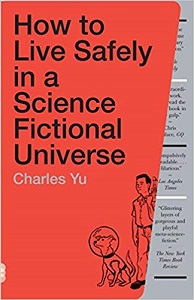 —From a 5 Under 35 winner, comes a razor-sharp, hilarious, and touching story of a son searching for his father...through quantum space-time

Every day in Minor Universe 31 people get into time machines and try to change the past. That's where Charles Yu, time travel technician, steps in. He helps save people from themselves. Literally. When he's not taking client calls, Yu visits his mother and searches for his father, who invented time travel and then vanished. The key to locating his father may be found in a book. It's called How to Live Safely in a Science Fictional Universe, and somewhere inside it is information that will help him. It may even save his life.