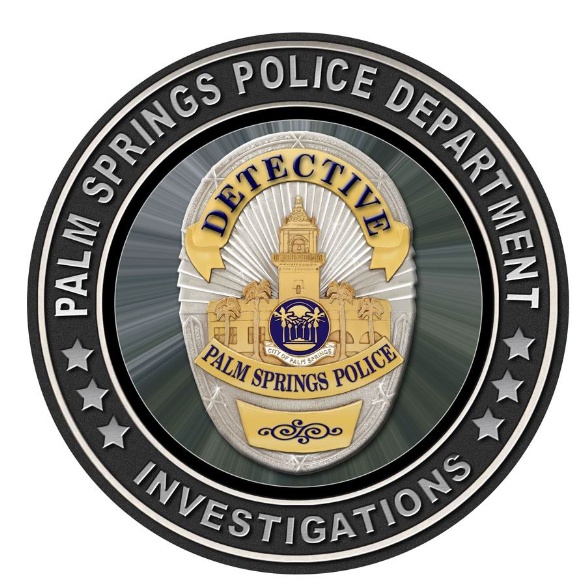 The Investigations Division, better known as the Detective Bureau, is staffed by 10 Detectives and six Classified personnel. In addition, there are up to 10 Detectives from other agencies assigned as task force personnel. The primary role of the Investigations Division is to conduct follow-up investigations of initial crime or incident reports generated by the Patrol Division. In addition, Detectives develop information and intelligence on criminal activity, look for missing persons, assist parole and probation officers, serve arrest and search warrants and act as liaison between the crime victim or witness and the criminal justice system.

Occasionally, Detectives are called upon to assist outside agencies with investigations of crimes or incidents that occurred outside of Palm Springs, but may have local residents involved as victims, witnesses or suspects. Detectives are also asked to make presentations to the community on topics such as domestic violence, crime prevention and drug/narcotics identification.

CRIMES AGAINST PERSONS (CAPS) UNIT:
Headed up by a Sergeant, four Detectives investigate all crimes or incidents such as homicide, robbery, rape, adult and child sex offences, child abuse, unattended death, runaways, threats, obscene phone calls, missing persons, mental cases and elder abuse. The unit also has a Domestic Violence Specialist Detective who handles all cases involving domestic violence, including investigation and acting as an advocate for the victim. The D.V. Detective works closely with a local battered women's shelter and representatives of both Child Protective Services and a victim of domestic violence advocacy group. Another officer is assigned as the Gang Intelligence Detective, who is tasked with keeping track of local gangs and their members, working closely with other local agencies. A Secretary provides clerical and administrative support.

CRIMES AGAINST PROPERTY UNIT:
Supervised by a Sergeant, four Detectives investigate residential and commercial burglaries, all types of theft, auto theft, bomb incidents, check crimes, forgery, fiduciary elder abuse, credit card crimes, embezzlements, scams and vandalism. A full-time crime analyst is also assigned to the Crimes Against Property unit, and she has been very successful in identifying criminals, crime trends and predicting future crimes based upon known information. The Department has its own Crime Lab, which is staffed by a Senior Identification Technician who responds to crime scenes, collects and processes evidence and identifies suspects via fingerprints and other types of evidence. All evidence and recovered or found property is maintained and accounted for by the Department's Property Technician.

NARCOTICS TASK FORCE:
The Department has two detectives assigned to multi-agency task forces.  They combine their efforts with personnel from county, state, and federal agencies to investigation crimes related to drug possession and sales.