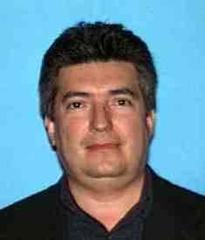 Salvador Rodriguez was involved in a travel agency scheme where he accepted money from victims to purchase airline tickets to various countries while operating a fictitious travel agency in the City of Palm Springs. Rodriguez falsified documents as receipts of airline confirmation numbers and when the victims went to the airport to board their flights they were denied boarding because their itineraries did not exist. Rodriguez accepted over $53,000 from these victims, causing financial burdens and inconveniences to their travel plans. Rodriguez fled the area before he could be caught only to move to Oregon to continue his scheme. Rodriguez has not only defrauded victims in the City of Palm Springs but also in the City of Southgate (Los Angeles County), City of Woodburn (Oregon) and in Marion and Washington Counties (Oregon).

The Riverside County District Attorney’s Office has filed 15 counts of Embezzlement, 14 counts of Grand Theft, 1 count of Passing a Fictitious Check and 1 count of Fraudulent Applications under False Pretense against Salvador Rodriguez Meza with a total bail amount of $50,000.00.